If you’re suffering from penile impotence, then it is likely that your sex life is also suffering due to it.  This is because if you have erectile dysfunction (ED) you will be unable to produce an erection that will permit vaginal penetration during sexual intercourse.  The inability to have sex has always been the big issue for those who suffer from this male sexual condition.  Fortunately though as there are now highly effective treatment for such condition.  When it comes to treating erectile dysfunction, nothing beats sildenafil citrate 100mg.  If you are not familiar with sildenafil citrate 100mg, think of its branded brother, Viagra, to which this generic alternative has been copied from. END_OF_DOCUMENT_TOKEN_TO_BE_REPLACED

What's in the news: May 29 -- Chalk River closed for 3 months or longer 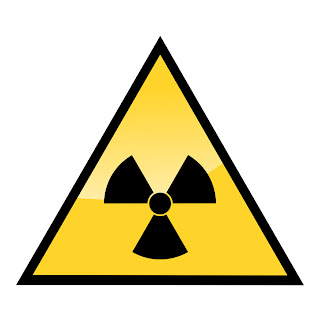 Chalk River shutdown to last "at least three months"
Revised upwards from earlier estimates, the Chalk River shutdown will last "at least three months," said the chief nuclear officer of Atomic Energy of Canada Limited (AECL). Nuclear medicine experts in Canada and the US have expressed grave concerns about what now appears to be an inevitable shortage of radioisotopes, which are needed for the contrast materials used in diagnostic imaging. [Toronto Star]

Asked by a Globe and Mail reporter whether the nuclear plant might be shut down indefinitely, Natural Resources Minister Lisa Raitt said, "The answer is, we don't know." [Globe and Mail]

Health Minister Leona Aglukkaq said she is working to coordinate with foreign providers but, in a shockingly bad stroke of luck, three of the four other reactors worldwide that produce similar radioisotopes are also shut down at the moment. [CBC News]

Linda Keen, the former president of the Canadian Nuclear Safety Commission, said the current crisis is even worse than the 2007 one that got her fired. (In 2007, Ms Keen required Chalk River to shut down for safety repairs, but when a radioisotope shortage appeared to be imminent the government convened to pass emergency legislation overruling her, leading to her dismissal.) [Toronto Star]

Quebec pathologists raise spectre of breast cancer testing errors
A small study by the Quebec association of pathologists revealed disturbingly high rates of errors, prompting calls for mass re-testing. "There are thousands of patients who have cancer and who received treatment. Did they get the good treatment?” said Health Minister Dr Yves Bolduc. “Some people perhaps didn't get treatment and should have received it." Quebec does not have a quality-assurance process to verify its pathology results. [Globe and Mail]

After years of scrutiny and painful discoveries of wrongdoing and cover-ups of breast-cancer pathology test errors in Newfoundland, the news that Quebec might have some of the same problems distressed many people. In a release issued Friday, the Canadian Breast Cancer Network called for "huge system change." "Given the errors in Newfoundland and Labrador and now in Quebec, it is evident that this is not a regional problem – it is a national one," said CBCN president Diana Ermel. "CBCN therefore calls for urgent action to implement systemic changes, with the establishment of uniform standards in Canada as a necessary first step to begin to restore confidence in the medical system in this country by women diagnosed with breast cancer and their families. We know that Canadian pathologists are working diligently to advance national laboratory standards and we applaud their efforts."

ADQ health critic Eric Caire blamed the governing Liberals for dragging their feet on responding to the current allegations and for failing to prevent the errors by fixing the system sooner. [ADQ news release]

Earlier this week, the government of Ontario announced it will spend $12.6 million over the next three years to increase the province's capacity to provide patients with bariatric surgery by 750% and to fund obesity research and prevention projects. [Ontario Ministry of Health and Long Term Care news release]

More wait times woes
Speaking of wait times, here's an incredible story: Adult thalassemia and sickle cell disease patients in Toronto can't access adult services at Toronto General Hospital until one of the 99 current patients dies and a spot opens up. 150 patients are left without help beyond the blood transfusions they require. [Anemia Institute for Research and Education news release]

Posted by David Elkins and others at 4:56 PM