Avanafil – Getting the Best out of ED Drug Characteristics

One of the things or condition that a man would really hate to have is erectile dysfunction.  Often time, this is a condition that makes a man not feel like a man because the main reason he is called a man to begin with is not useable.  Most men who suffer from this condition tend to keep it to themselves, mainly because it is an embarrassing condition to have.  Fortunately for men who have this condition these days, they have the internet to turn to regarding their problem. END_OF_DOCUMENT_TOKEN_TO_BE_REPLACED

SASKATOON -- Hello from the CMA annual meeting, Canadian Medicine readers. We'll have plenty more coverage coming up later today, but in the meantime you can read what some other reporters are writing. 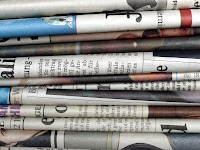 The CMA's new president, Anne Doig, is featured in a profile by André Picard. "I see my patients not getting as good of care as they could and should and I don't find that acceptable," she told him. "But I can't just sit in my office and grouse so I decided to act." [The Globe and Mail]

The Toronto Star praises Dr Doig for what the paper's editorial board considers to be her break with the activist pattern established by Brian Day and Robert Ouellet over the last two years. "With new leadership, the CMA has an opportunity to put its considerable resources toward seeking improvements within the public system." [Toronto Star]

Konrad Yakabuski cautions Canadian politicians that healthcare reform here could be as difficult to accomplish as it's proven to be in the United States over recent years, and suggests that alternative models of physician compensation should be on the table. [The Globe and Mail]

Posted by David Elkins and others at 2:00 AM

Labels: What's in the news