Looking for Generic Tadalafil for Sale? Find them Easily Online

If you are a man suffering from erectile dysfunction (ED), it means that you cannot actively produce a penile erection at will.  In fact, even if you are sexually aroused or stimulated, you still will not be able to produce an erection if you have this condition without the assistance of ED medications like generic tadalafil.  Generic tadalafil is actually the generic version of the popular ED drug, Cialis.  However, due to the cost of branded ED medications, most men with ED prefer to simply use generic ED medications as they basically have the same overall effect as their branded counterpart.  The problems you usually find when buying generic meds like tadalafil is where to buy generic tadalafil for sale. END_OF_DOCUMENT_TOKEN_TO_BE_REPLACED

Which province's doctors earn the most? Which specialties are most lucrative?

The following data on physicians' gross income is from the latest iteration of the Canadian Institute for Health Information's National Physician Database.

Posted by David Elkins and others at 12:00 AM 32 comments Links to this post 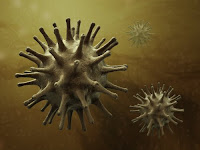 H1N1 flu news
Amid reports that the second wave of the H1N1 flu pandemic has peaked in most of Canada and the number of new cases seen each day has begun to plateau, there is now speculation about whether a third wave could sweep its way through the as-yet-unvaccinated population in early 2010.

GlaxoSmithKline, Canada's H1N1 flu vaccine supplier, last week recalled a batch of 170,000 doses from across the country after two deaths in Manitoba and several more severe adverse reactions. No causality was proven, but Glaxo asked doctors not to use vaccines from that batch in order to err on the safe side. []

The World Health Organization is investigating the emergence of a group of drug-resistant H1N1 flu cases in Wales and eight cases of H1N1 flu mutation were reported in China.

Immunization, from a patient's persepective
Yesterday, at lunchtime on the first day Quebec authorized H1N1 flu vaccination for healthy adults, your correspondent queued up to get his jab. The clinic was operated surprisingly smoothly, despite the first of several lines being placed in the busy main hallway of a major Montreal convention centre. Before long, the patients were directed up an escalator and into an immense room, at the entranceway to which a large man rather gleefully dispensed two squirts of alcohol disinfectant gel into each person's hands. The room was giant, with ceilings perhaps 10 meters high or more, and the noise from the hundreds of people coming and going was echoed and seemed somehow amplified by the size of the room.

Many of the clinic attendants spoke little English, but no matter: the only language problem occurred when one clerk couldn't recall the word for "vest," which she wanted to use to indicate whom she wanted the patients to go see next. She and her colleagues had tried to look it up in a dictionary, she told your correspondent, but they hadn't found the right word. It was gladly provided.

Clipboards were handed around, forms were filled out, and a Ministry of Health video was shown. In the English-captioned video, a nurse and a doctor explained (with a great deal of redundancy) what the vaccine was for, its contraindications and its potential complications (including death caused by pneumonia). An elderly Chinese man looked confused throughout, but a nurse who spoke Mandarin turned up within moments to help him. After struggling to hear the video, the sound of which was largely obscured by the rest of the noises from the huge room, the patients were finally given their shots. The entire operation was very successful: it was fairly efficient, and, most importantly, it was not too crowded.

Alberta will cut 1,200 health administrative jobs
With a growing deficit, the Alberta government has elected to trim its healthcare administrative workforce. Alberta Health Services will eliminate 1,200 jobs and subcontract hospital security to private firms in order to help cut its projected 2010 deficit of $1.3 billion in half. "There's more to come," said Alberta Health Services CEO Stephen Duckett. "We've got more to do. We can do more with less by getting the benefits of standardization." Dr David Swann, the leader of the Alberta Liberals and a former government public health official, said the cuts will endanger patients' lives. "It's going to add to wait times, it's going to reduce the professional staffing, it's going to add to complications and costs ultimately in the longer term."

Radioisotope shortage remains unresolved
Speaking to the Parliamentary health committee earlier this week about the unresolved shortage of radioisotopes used in medical imaging, Canadian Medical Association president Dr Anne Doig said, "In particular, the resulting increased demand on resources -- both human and financial -- and especially now in the midst of a pandemic, is not sustainable." The head of the Canadian Association of Nuclear Medicine concurred.

Public/private health spending balance remains steady at 70/30
The current balance -- 70.2% public, 29.8% private -- has stayed roughly the same since 1997, according to a new Canadian Insitite for Health Information study. National Health Expenditure Trends, 1975-2009 [] The balance used to be tilted farther towards public expenditures until around the time Paul Martin took over as finance minister. Public spending accounted for 74.1% of total health spending in 1992, but quickly dropped to 70.8% in 1996. [Canadian Medicine]

Many meds increase likelihood of seniors' falls
Sedatives, hypnotics, antidepressants and benzodiazepines all led to a higher risk of suffering a fall for patients 60 and older, reported an international team of researchers led by University of British Columbia researcher Carlo Marra, PhD. Diuretics, beta-blockers and narcotics were shown not to raise the risk of a fall, however. "These findings reinforce the need for judicious use of medications in elderly people at risk of falling," Dr Marra told the Canadian Press. "Safer alternatives, such as counselling, shorter-term or less-sedating therapies, may be more appropriate for certain conditions."

Should CPR be made mandatory?
A medical group called PULSE, for Physicians and Paramedics Urging Life Saving Education, has called on the government to require all high school students to pass a CPR course in order to graduate. PULSE also wants the government to issue tax rebates to people who take CPR courses, and the group is urging physicians to encourage cardiac patients' family members to get certified in CPR. []

BC eye doctor allegedly target of murder plot
Dr Joseph King was reportedly an intended victim of a hitman hired by an American physician with whom Dr King was involved in a laser-eye-surgery business venture. The American doctor, Michael Mockovak, is accused of trying to hire a police informant to kill Dr King for $25,000 USD. Dr Mockovak was arrested in Washington. []

Quebec radio psychiatrist guilty of misdiagnoses
Dr Pierre Mailloux, a psychiatrist who hosted a controversial radio program in Montreal, has been found guilty by the provincial College of Physicians of 13 instances of professional misconduct, including misdiagnoses. Dr Mailloux has been the subject of other sanctions in the past for comments he made on the radio.

Glue for your breastbone
Calgary heart surgeon Paul Fedak completed a small study on post-surgery breastbone healing and found that glue provides a faster and less painful recovery than does the standard practice of using wire to reattach the bone.

Coma communication
The story of Rom Houben, a Belgian man who was discovered not to be in a persistent vegetative state, but instead to have suffered from locked-in syndrome for over 20 years, has sparked a debate over the use of a technique called Facilitated Communication.

Swallowing spoons
Is it a coincidence or the sign of a strange new trend that two reports of patients requiring medical attention after swallowing spoons have emerged at the same time? From Hangzhou, China, we get "Travel of a mis-swallowed long spoon to the jejunum," in which a woman tried to use her coffee spoon to get a fishbone unstuck from her throat but somehow ended up swallowing the spoon. And from London, England, we get the story of a British lawyer who was discovered to have had a tea spoon stuck in his ascending colon for 10 years. For a time actually, he had two spoons stuck inside him, but he passed one after a year. How'd they get there in the first place? Well you might ask. He was drunk. Both patients underwent successful operations and were fine.

Posted by David Elkins and others at 12:00 AM 0 comments Links to this post

They must suck your blood

Timed perfectly to coincide with the Twilight: New Moon vampire-romance film fervour sinking its teeth deep into the world's neck, Canada's National Advisory Committee on Immunizations has updated its recommendations for rabies shots after bat run-ins.

Now, sleeping in the same room as a bat but not having any apparent bite marks is .

Posted by David Elkins and others at 12:00 AM 2 comments Links to this post